Almost all amplifiers are voltage-drive amplifiers

A loudspeaker does three things

If an electrodynamic loudspeaker is driven by voltage, the loudspeaker translates the voltage into current. It does this with some distortion, because the impedance of the speaker is not linear. This distortion is called current distortion.

Next, the loudspeaker translates the current into sound. And it does this also with some distortion. So a distorted signal is distorted again when translated to sound.

A loudspeaker acts also as a microphone. It translates the motion of its diaphragm into a voltage. This translation introduces distortion. The microphone picks up all sounds, not only the, already distorted, self created sound, but also noise inside the enclosure, sounds from other speakers and noises and vibrations of the speaker itself. The generated voltage disturbs the voltage and creates additional distortion in the current and in the sound. You may think that the microphone effect cannot have a great effect, but at the speaker resonance the microphone effect reduces the output with 90 till 95% (and is called electrical damping). 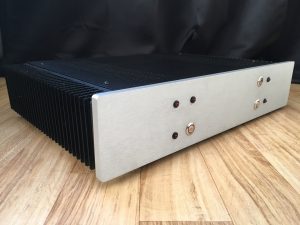